My father passed away four years ago, on June 18. It was the day that Father's Day fell on that year. My father-in-law, Jen's dad, passed away 11 years ago on June 20th, on that respective year. It's a strange cosmic sign but not uncommon for our relationship where many signs and seeming coincidences are too numerous to be be pure chance.

What follows is a recounting of my father's passing, and the day of his funeral. I published shortly after it happened, fresh in my mind, elsewhere on the internet, and realized this should live here, on my own website. It's an intimate look at a Muslim funeral in Malaysia, and while I'd been to a few during my teenage years in Kuala Lumpur, this was a first, and even for my immediate family, it was an eye-opening and revelatory experience.

We gathered at the house at 7:30am later that morning. The funeral ceremony started at 9:30am, no time wasted, with family and friends piping into the mosque. So many familiar faces I hadn’t seen in years. So thankful that they came to join us. 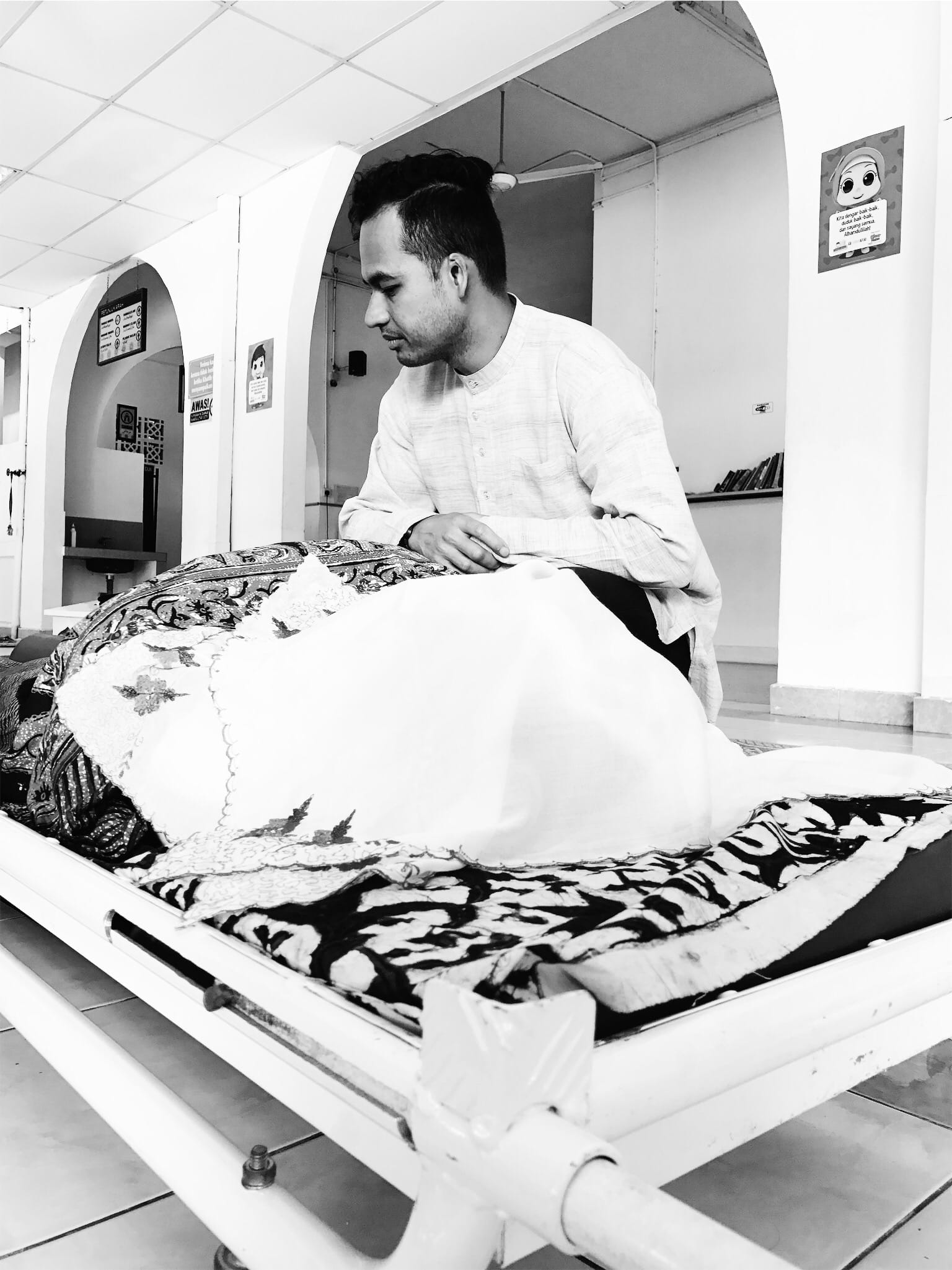 The ceremony was an interactive affair for the men closest to him. My brother-in-law, his sons, a few cousins and myself were invited to help bathe and clean his body, in the Muslim way.

My nephews were a little apprehensive, deservedly so. This was a body that a few days ago was a living breathing grandfather to them. To me, this was the best way I could send my father along his way. To see him, hold his body, and clean what remained. To see his amputated right leg, bare, his body in its natural state, and returning to his maker in the way he was meant to.

We wrapped and clothed him, then carried him out to the gathering area for people to pay their respects.

The same crew then carried him to the van, and drove to Kampung Kemansah, his final resting place. 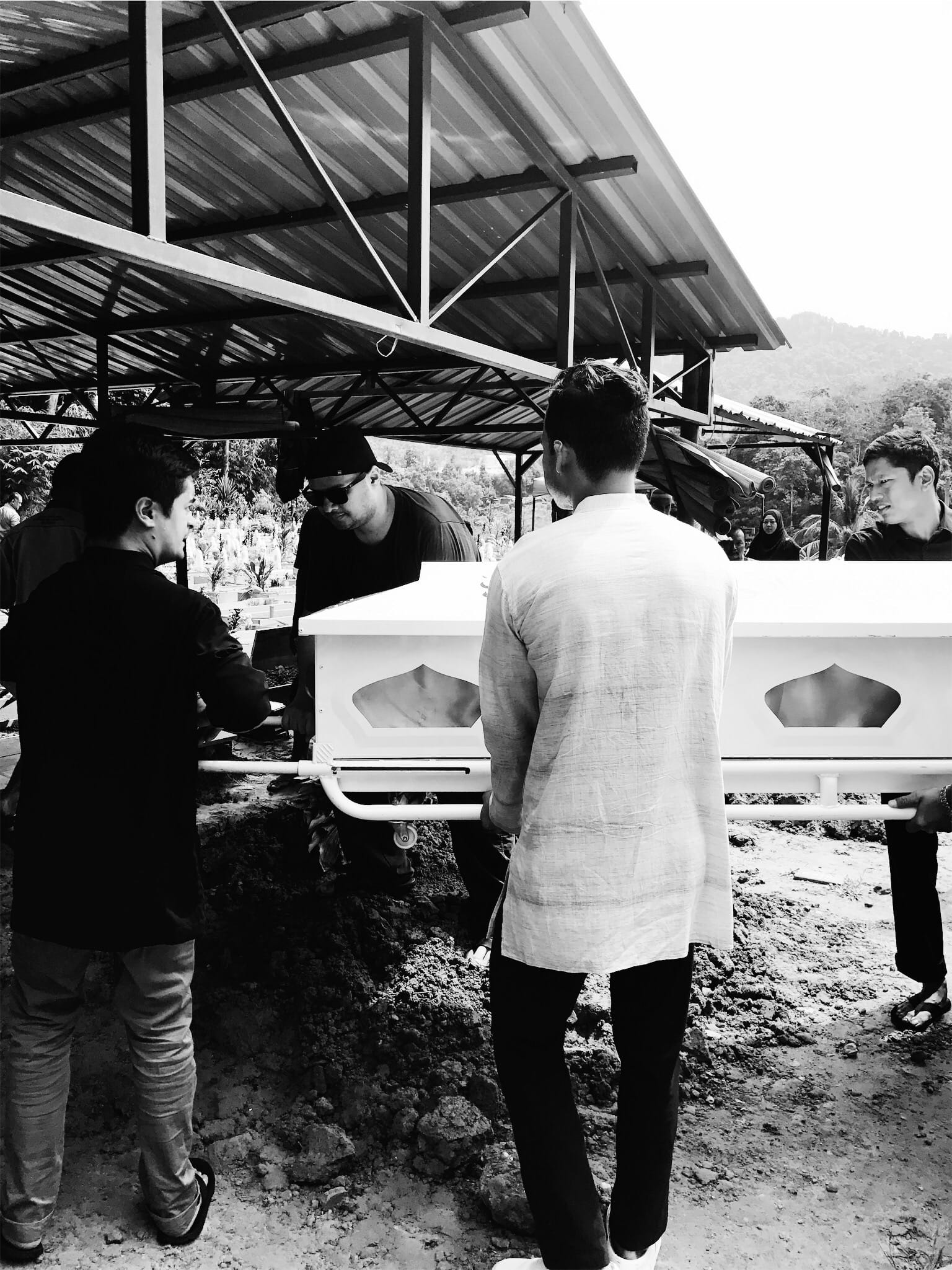 We then got into his space and carried him into it. I didn’t expect this part either. My brother-in-law joined me shortly after, and my cousin, Azzie. The three of us then lifted him into the ground. 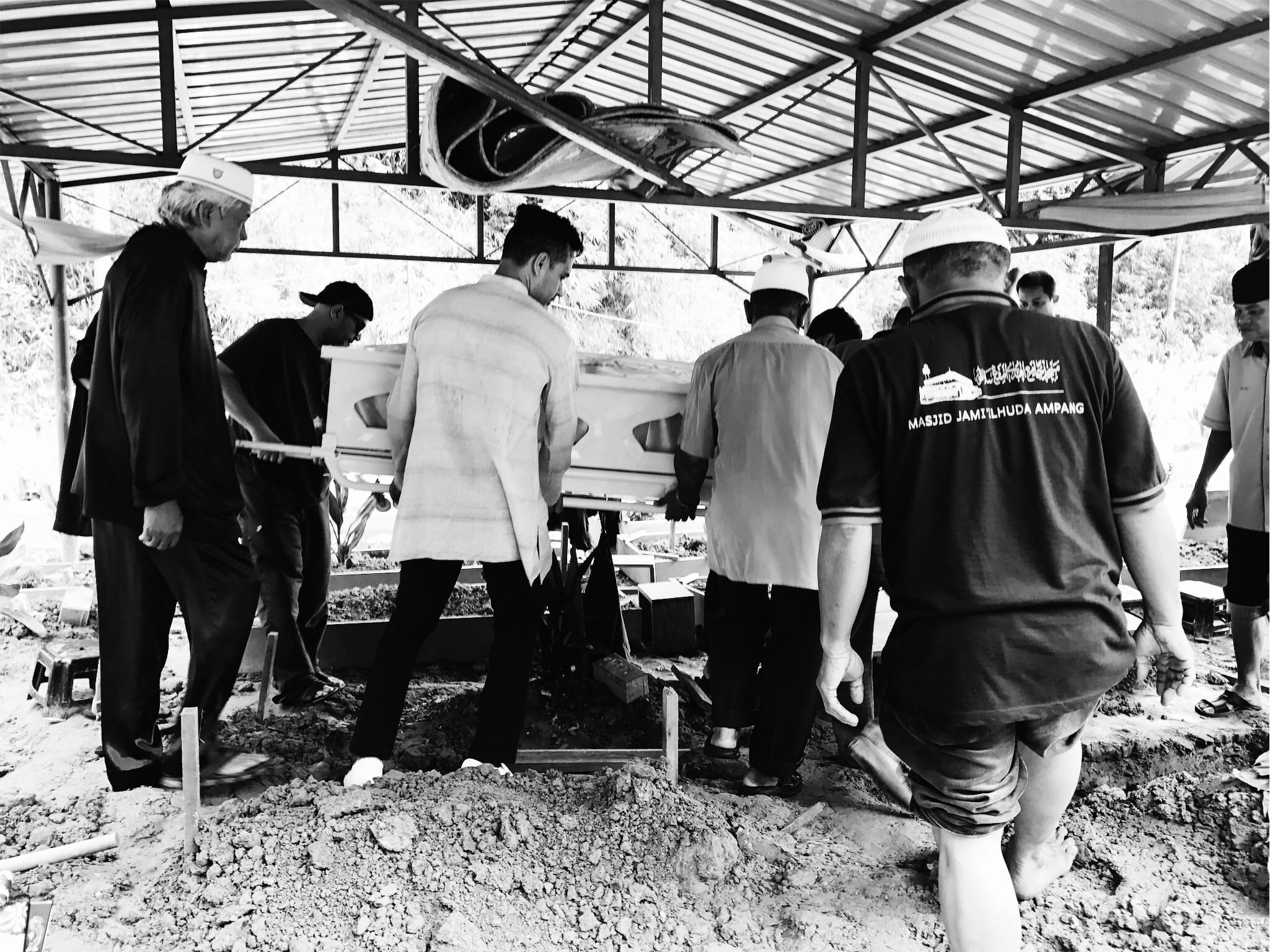 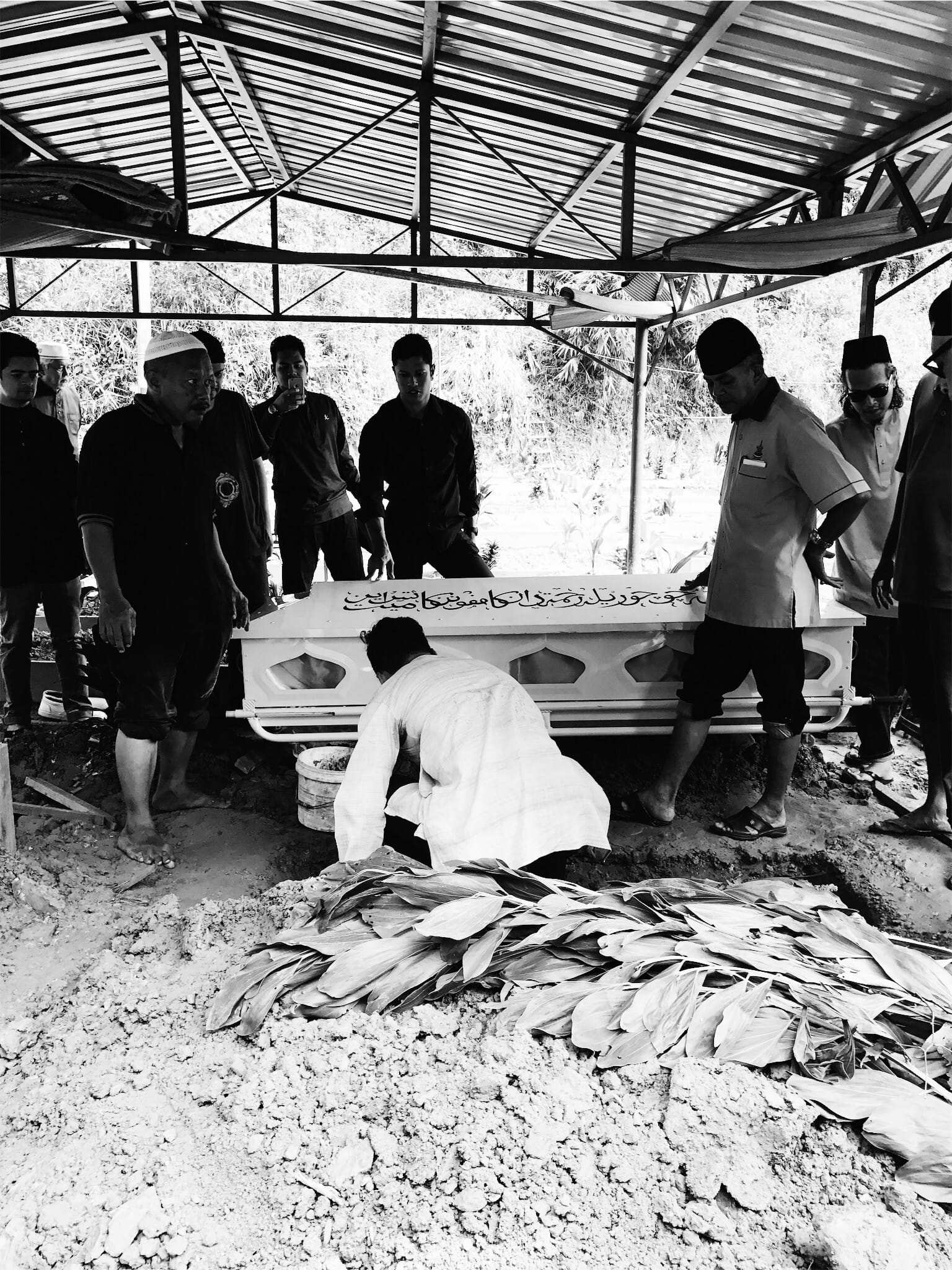 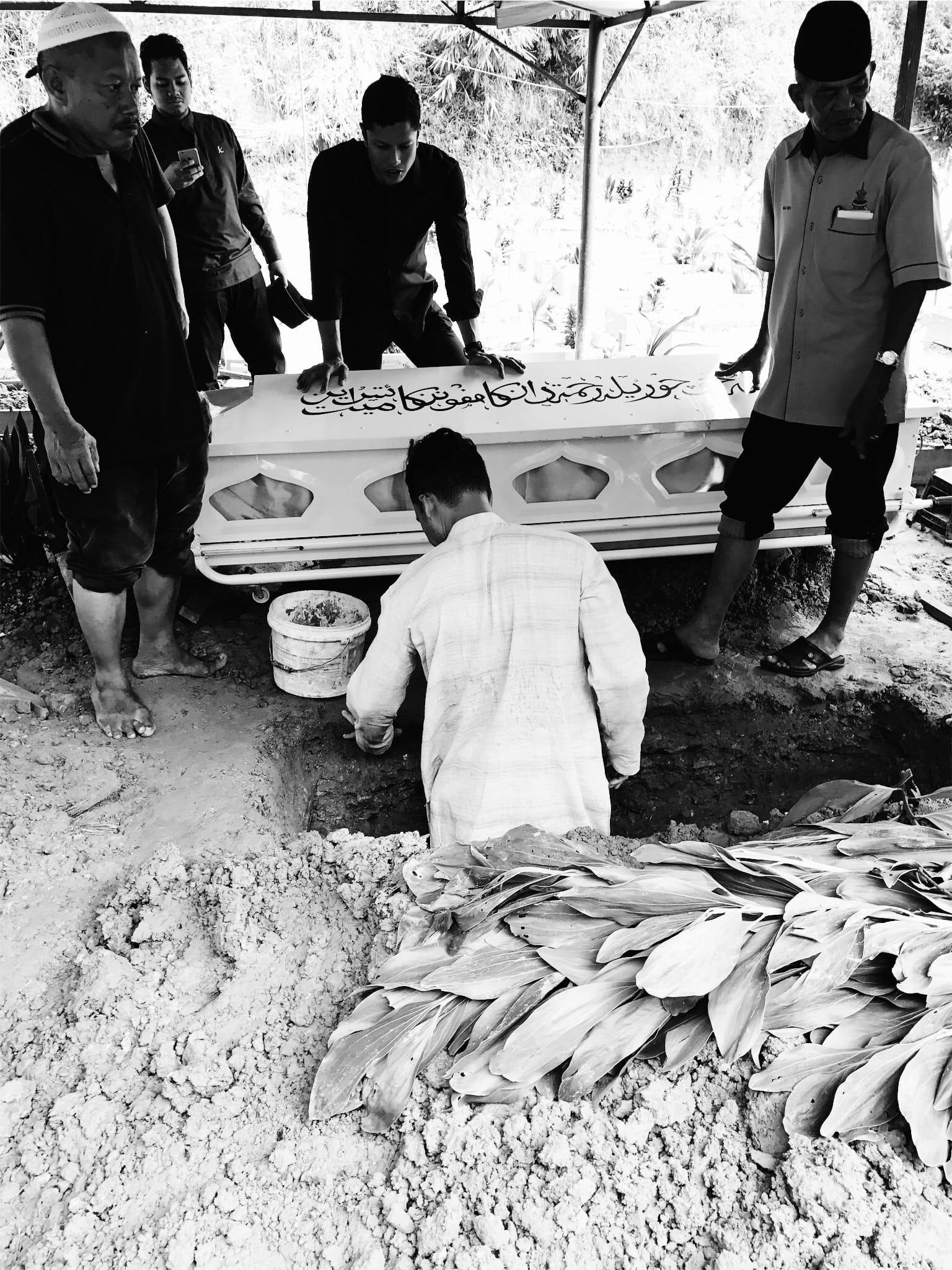 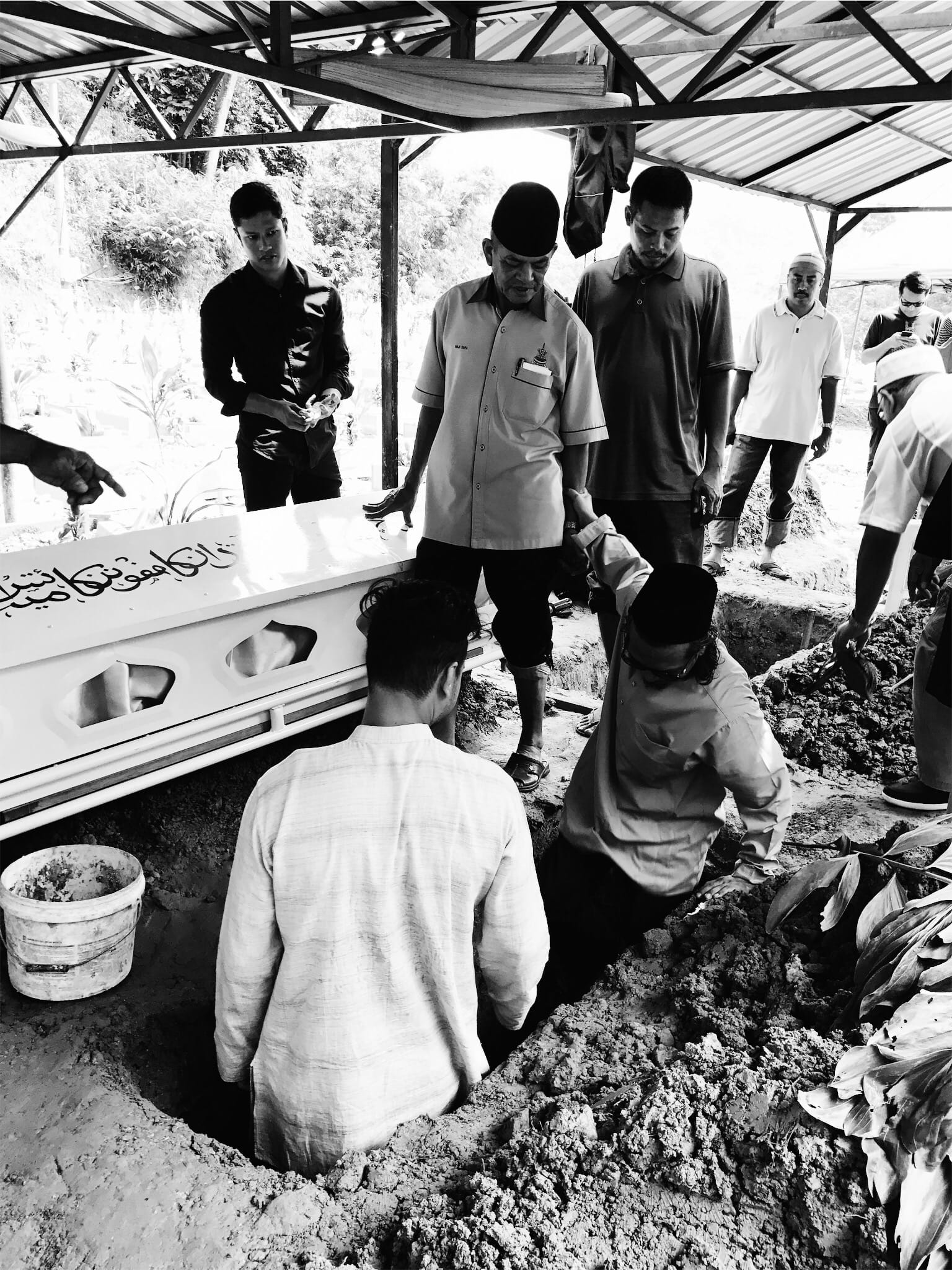 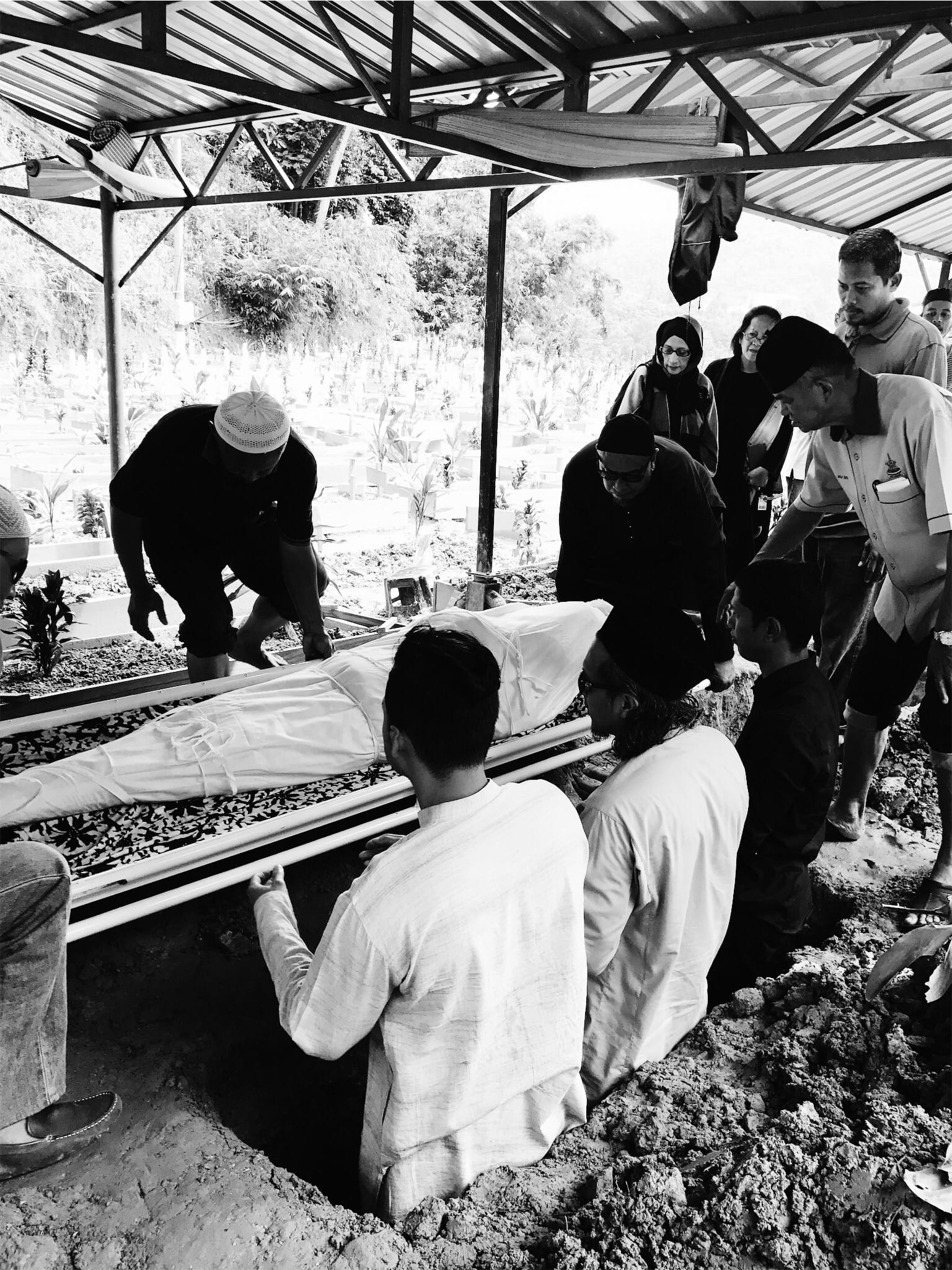 Then, we literally buried him, shovel after shovel, a group effort, switching out. I didn’t expect how involved we would be but it was a catharsis I didn’t realize I needed right then. To be active, present and not a bystander in this moment in time. To be THERE for him. 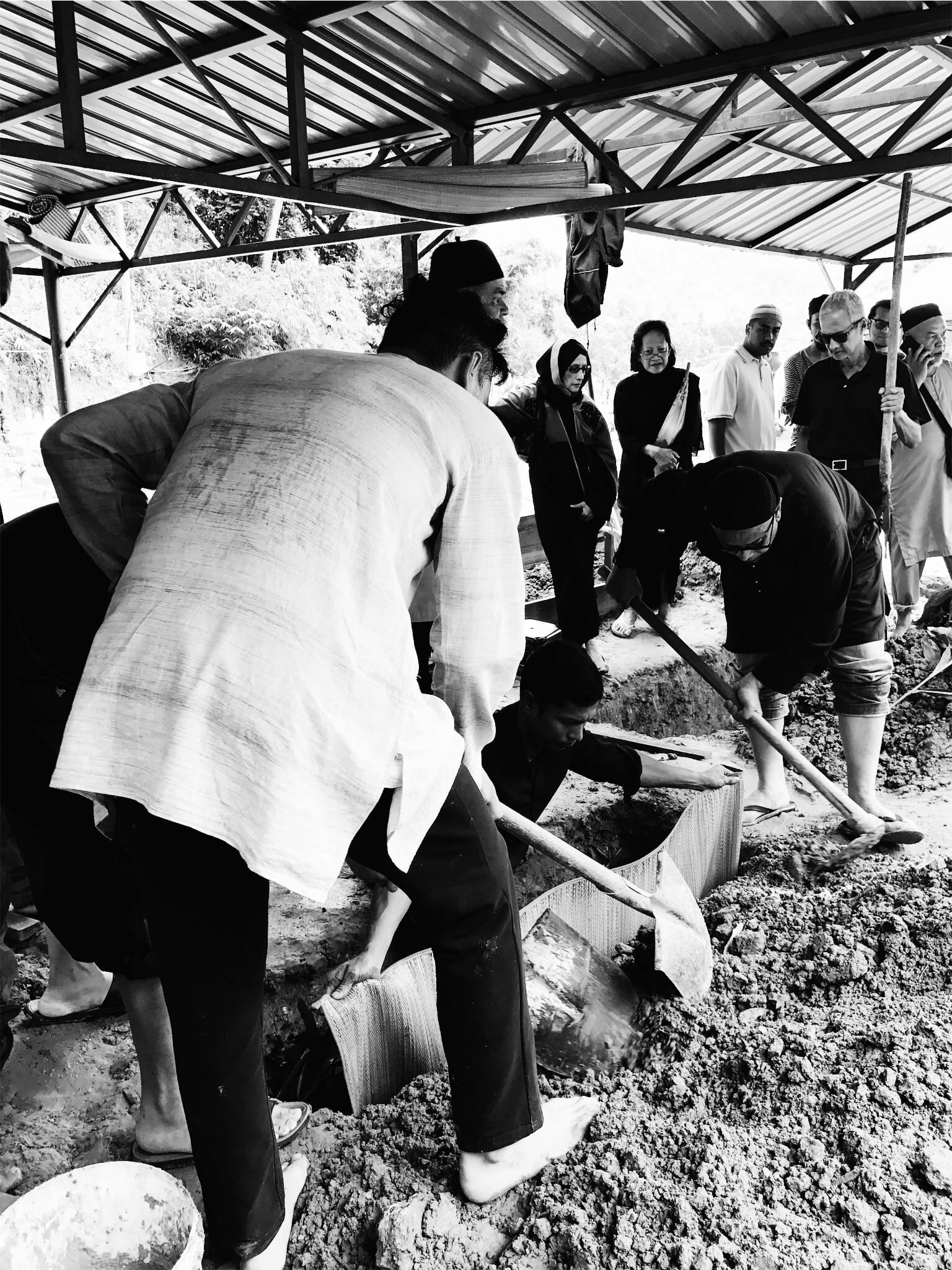 And then it was done. We poured burial water, from head to toe, each immediate family member and sprinkled pandan leaves over as well. 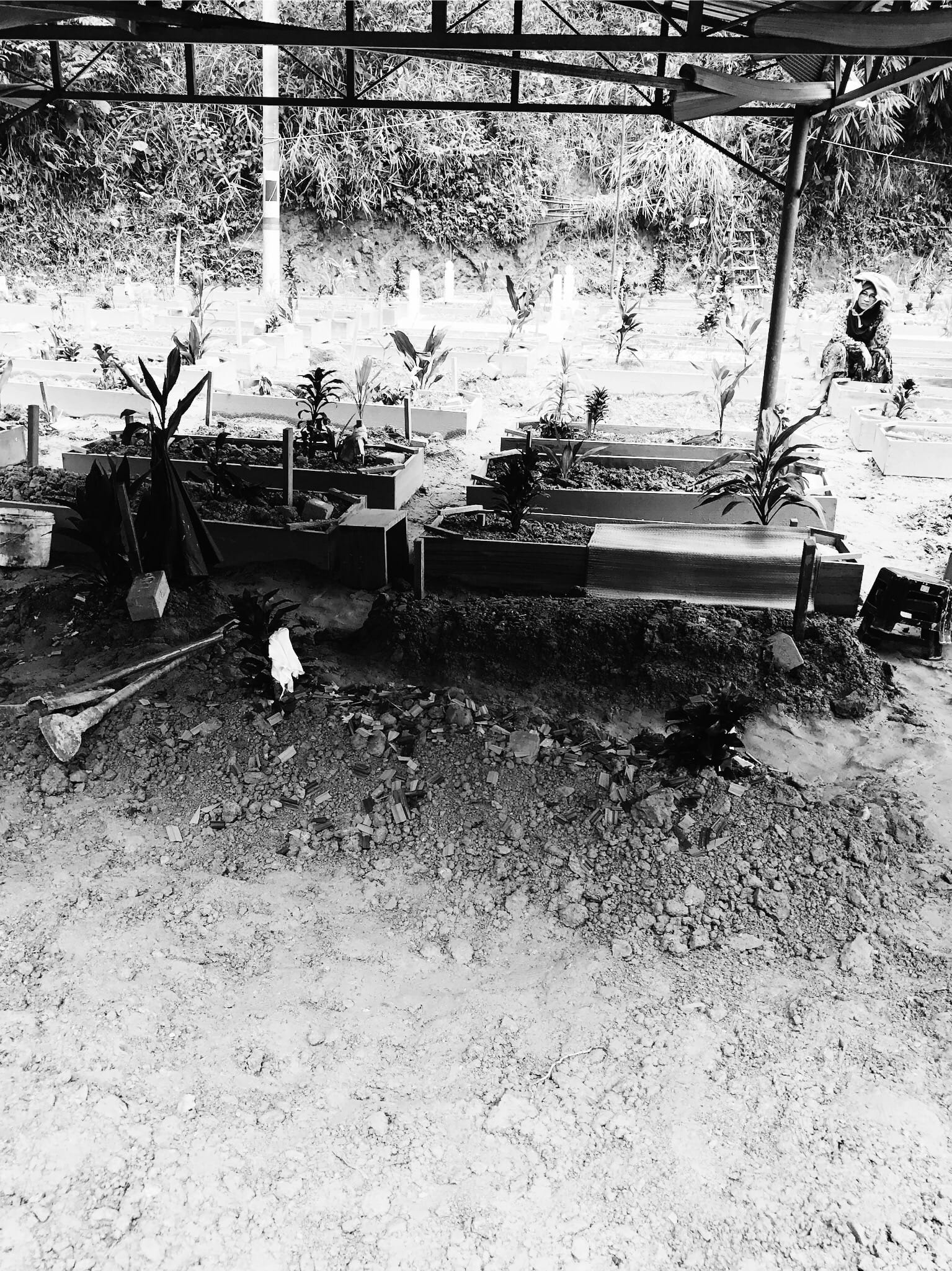 He will have this beautiful view for the end of time. I will always love you, and miss you, papa. 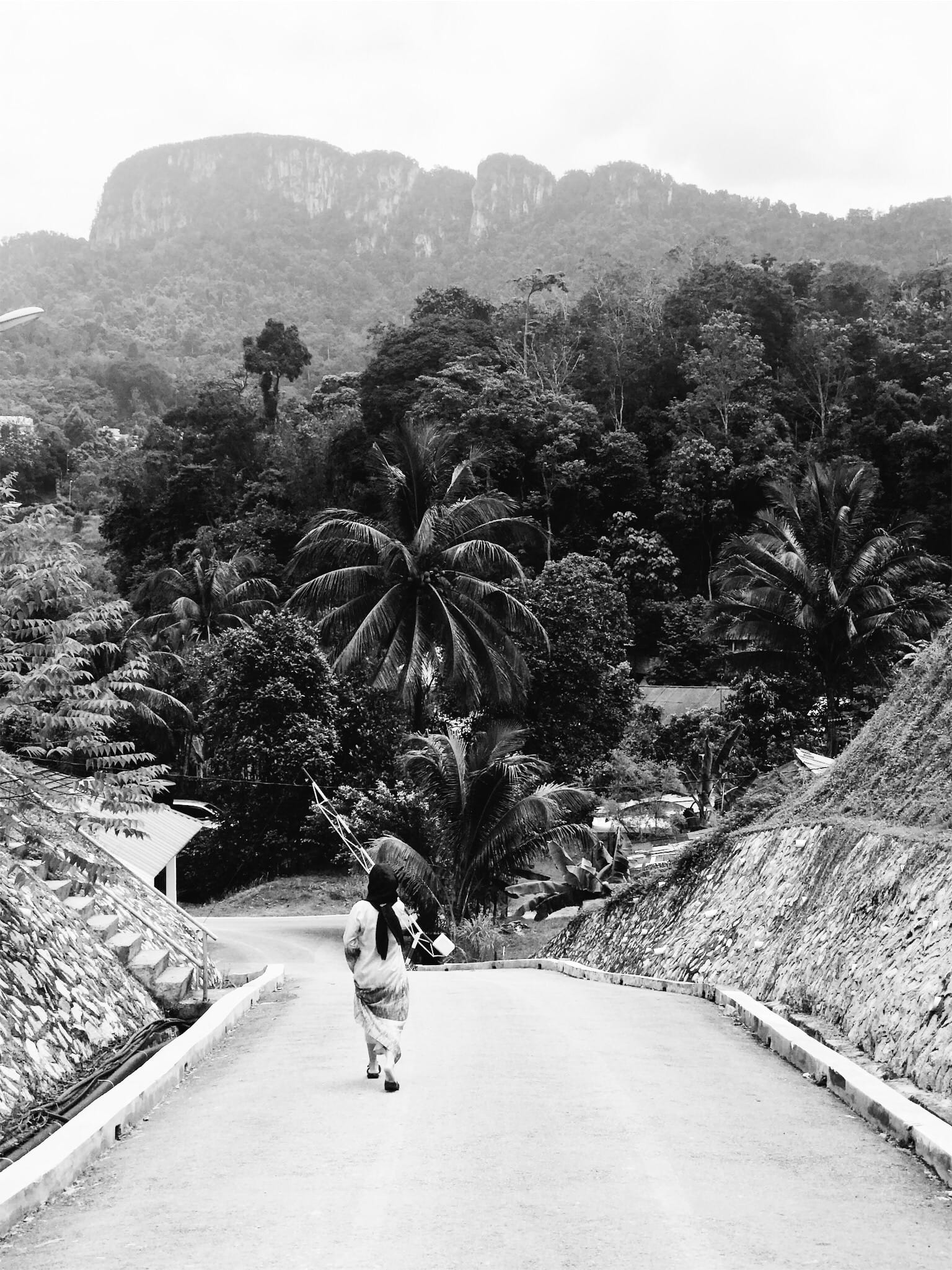