Two weeks ago, on Sunday, March 28th 2021, I turned 43. My second pandemic birthday, I turned 42 shortly after San Francisco went into lockdown. It feels like a lifetime has passed between now and then, and with a sense of deja vu, like it was yesterday. Except that I wasn't at home, and I was on the road. 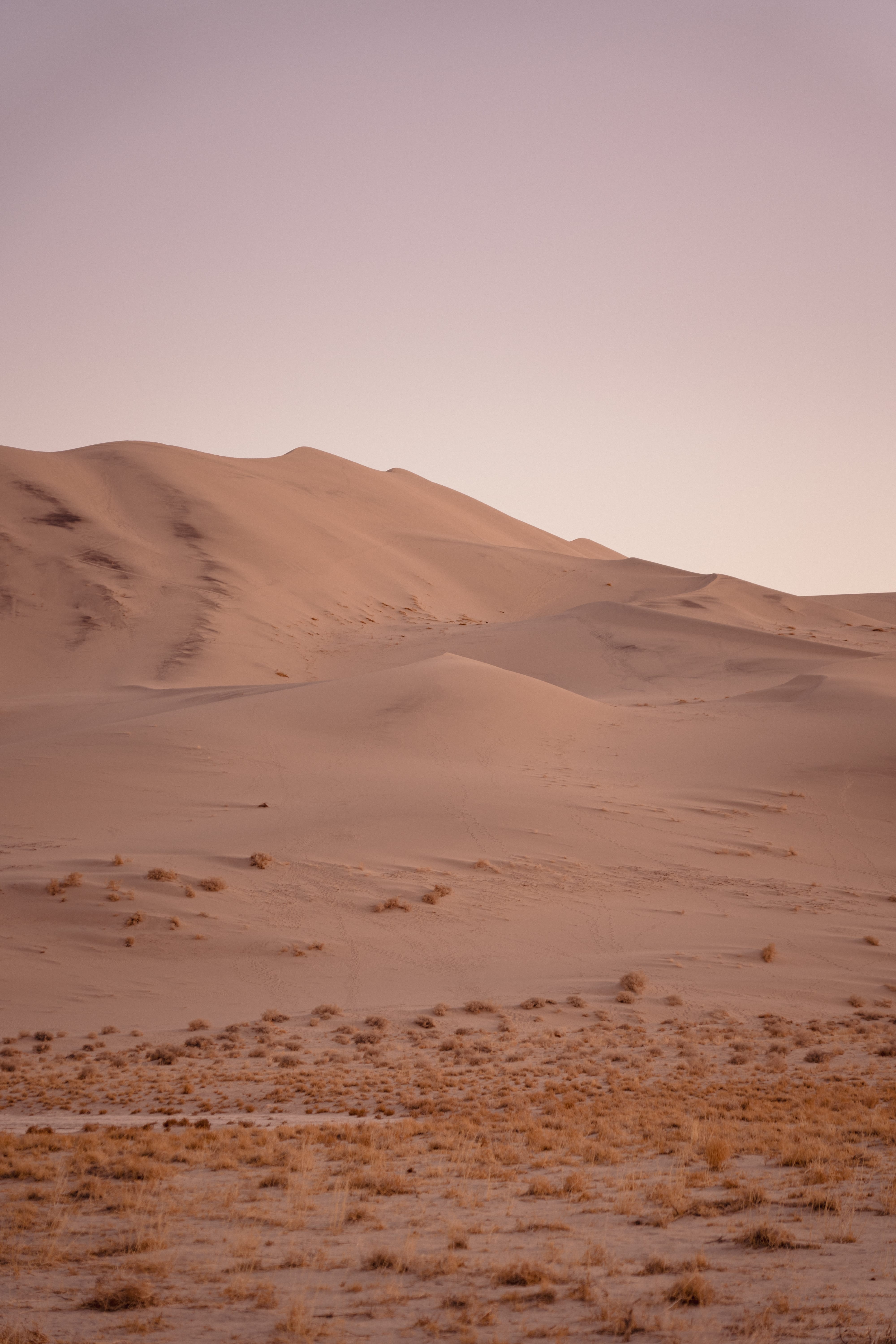 Jen and I had hit the road south in search of adventure. In the lead up to this trip, I had taken an entire week off, as my mental capacity and burn out were very real, and we had been hard at work putting together this new rig — an adventuremobile of sorts — so we could overland. More on that in the future (🤞🏽).

We had awoken after one night staying in the super-Instagrammed and absolutely stunning Alabama Hills, and I was now 43. It was a Sunday, and we had officially broken in the rig by spending the previous night in it. Immediate lessons were learned (again, to be discussed another time), but the morning was surprisingly warm, stunning and the backdrop of Mt. Whitney and the Sierras just took your breath away. The road you take into Alabama Hills? Movie Road. Indeed. 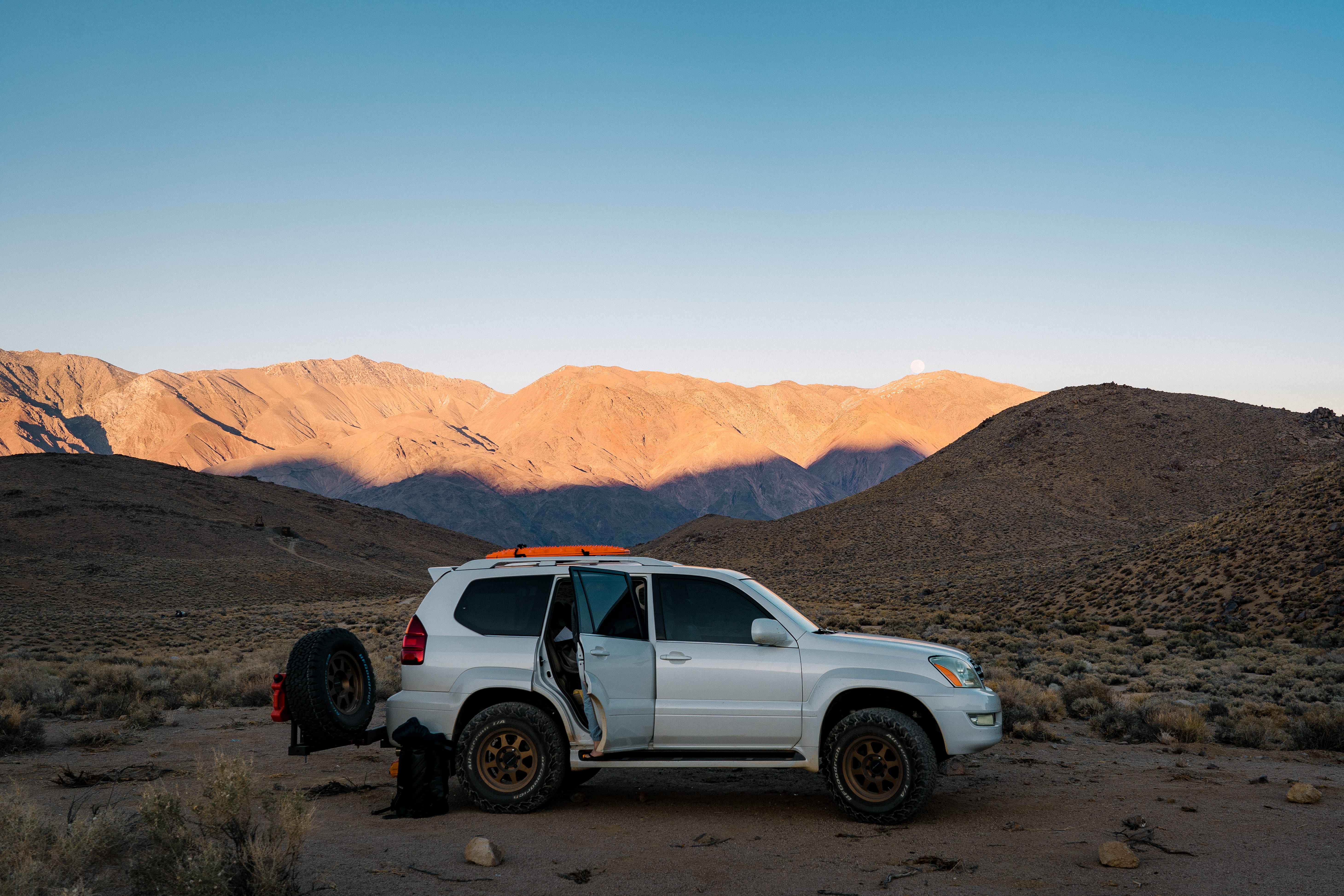 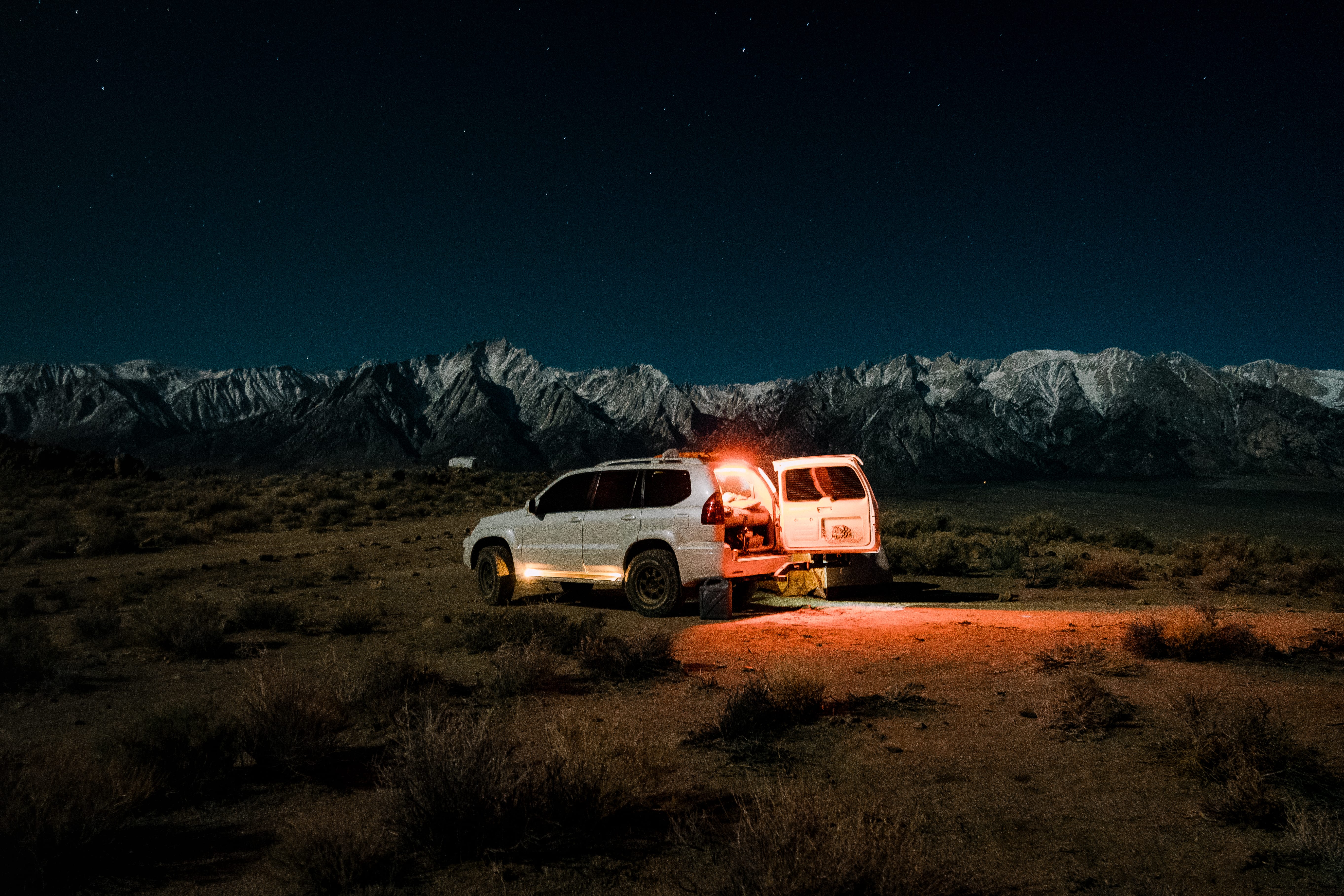 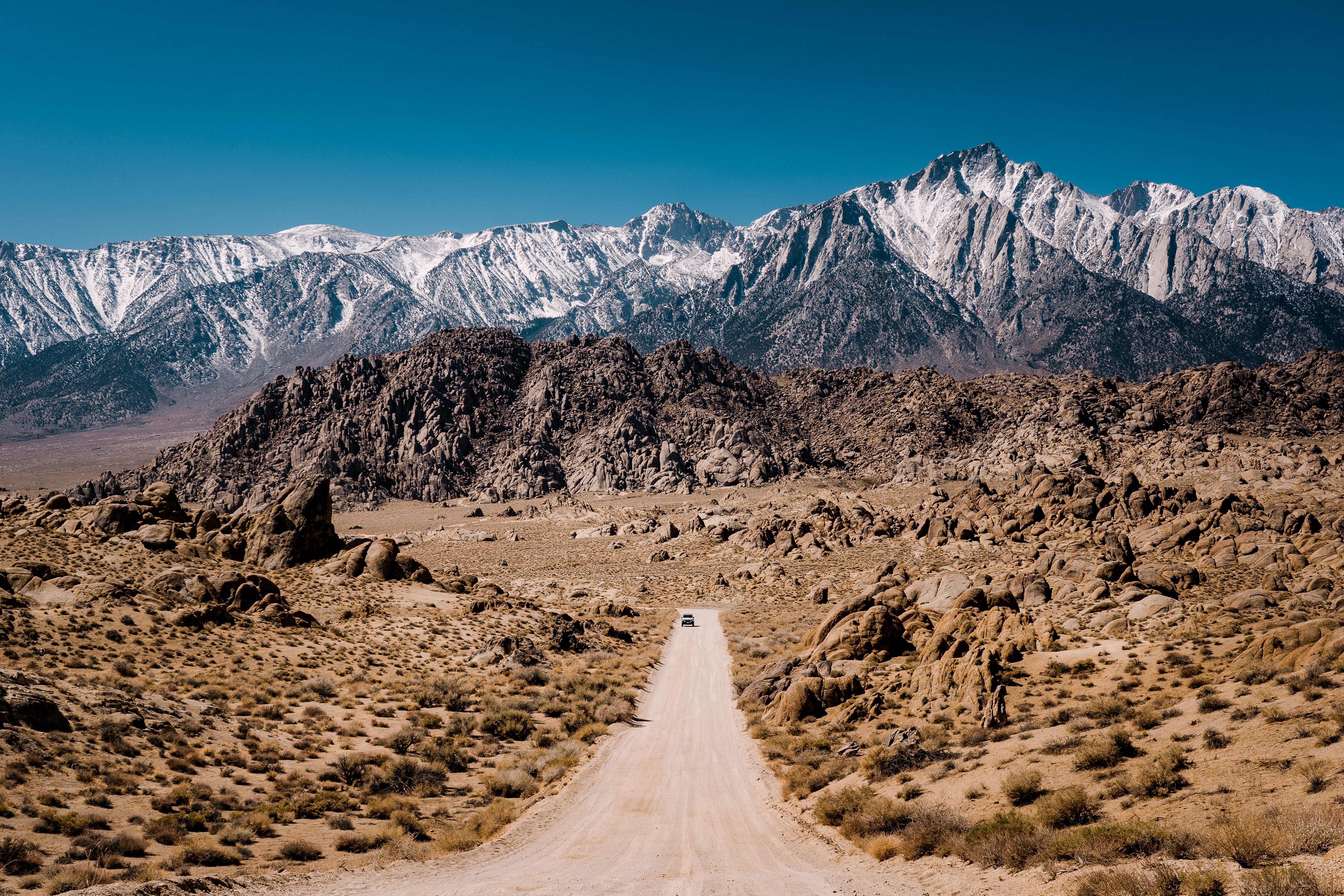 But this Sunday, we were to laboriously pack up and make the drive into Death Valley National Park. Much storied, the park is ~9 million acres of land and the largest of our National Parks. It'd been a place I'd been wanting to visit for years but I knew the best stuff was tucked away into the paths less traveled. Thus the rig.

A breakfast on the stove, the pack up, a stop to top off the tanks and the Rotopax, and then a quick lunch for the three hour drive from Alabama Hills to our destination for the evening: the Eureka Valley Sand Dunes. We take the road into the park and climb to elevation before dropping down into a valley and then back up again before the GPS indicates a sharp right. Not onto a road you'd normally expect, but a dirt road that you'd normally pass in a two-wheel drive vehicle and wonder "I wonder where that goes?" We were about to find out. 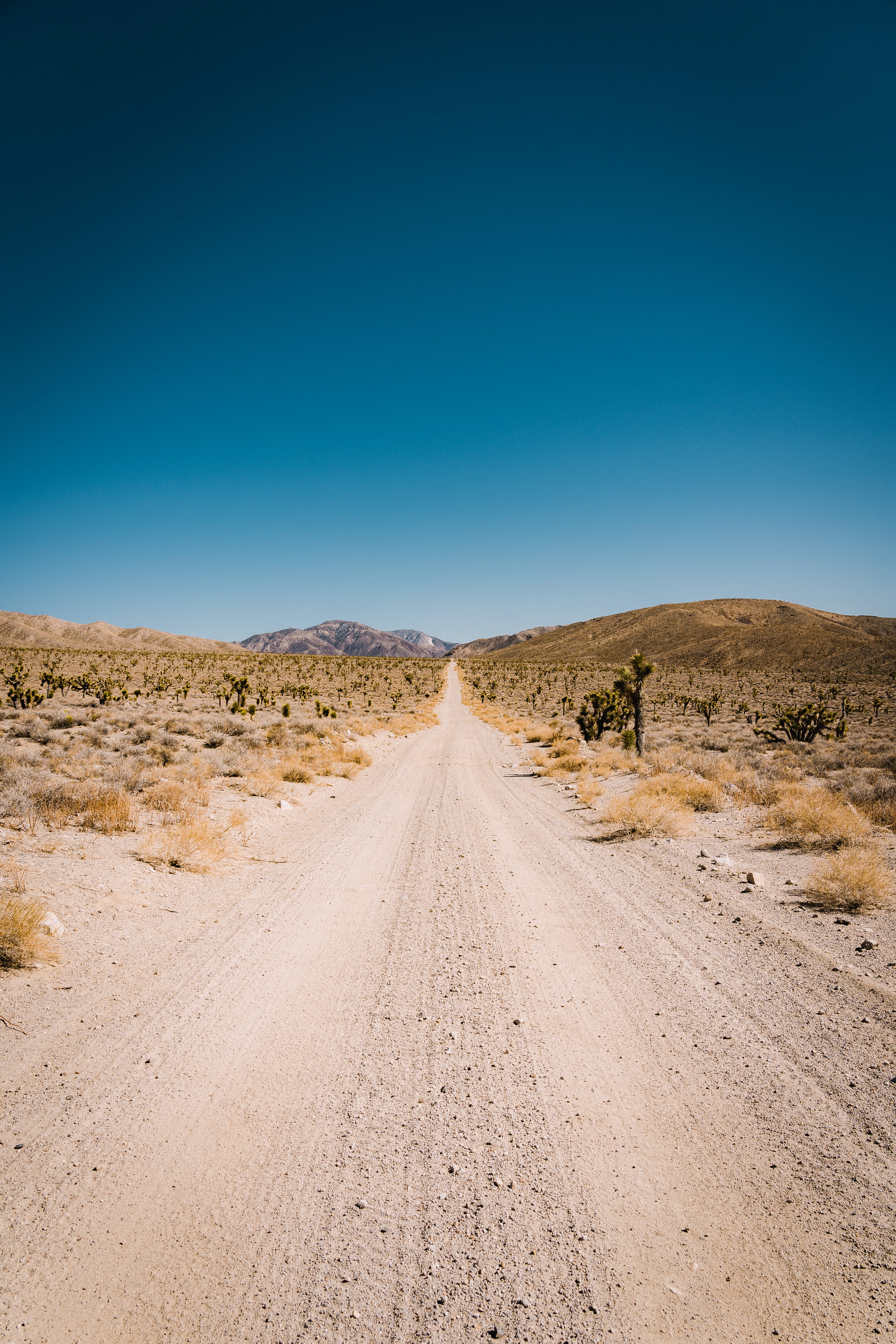 We turned onto Eureka Valley Road. A chunky gravel road, I pulled the car over and started to air down the tires to about 20psi. We'd need all of the suppleness and smoothness over the next hour. We traversed washouts, roads that were once more shaped but were now broken and deteriorated by nature itself. And we were alone. The weeks prior of preparation were hopefully going to pay off in the case of any stumbles. 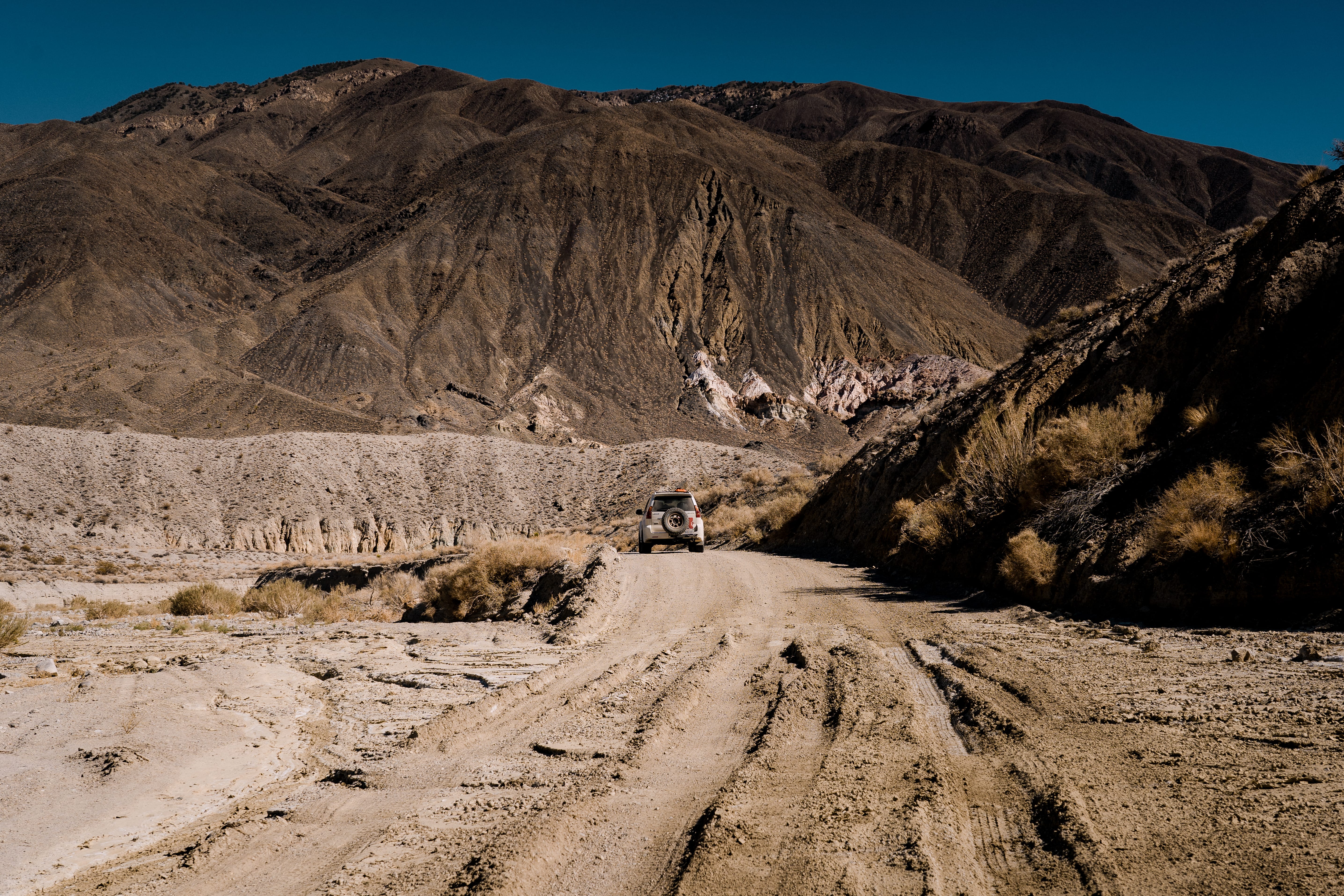 We rounded canyons, dipped in and out of the sun and shade, and found ourselves in places I only saw in photos, never believing I'd be one of those people. At a strange juncture where the GPS wasn't quite tracking right, we finally saw what felt like a random sign in the middle of nowhere that pointed someteen miles to Eureka Dunes. We were close.

The grandeur of Death Valley cannot be underestimated. It is simply a massive place. 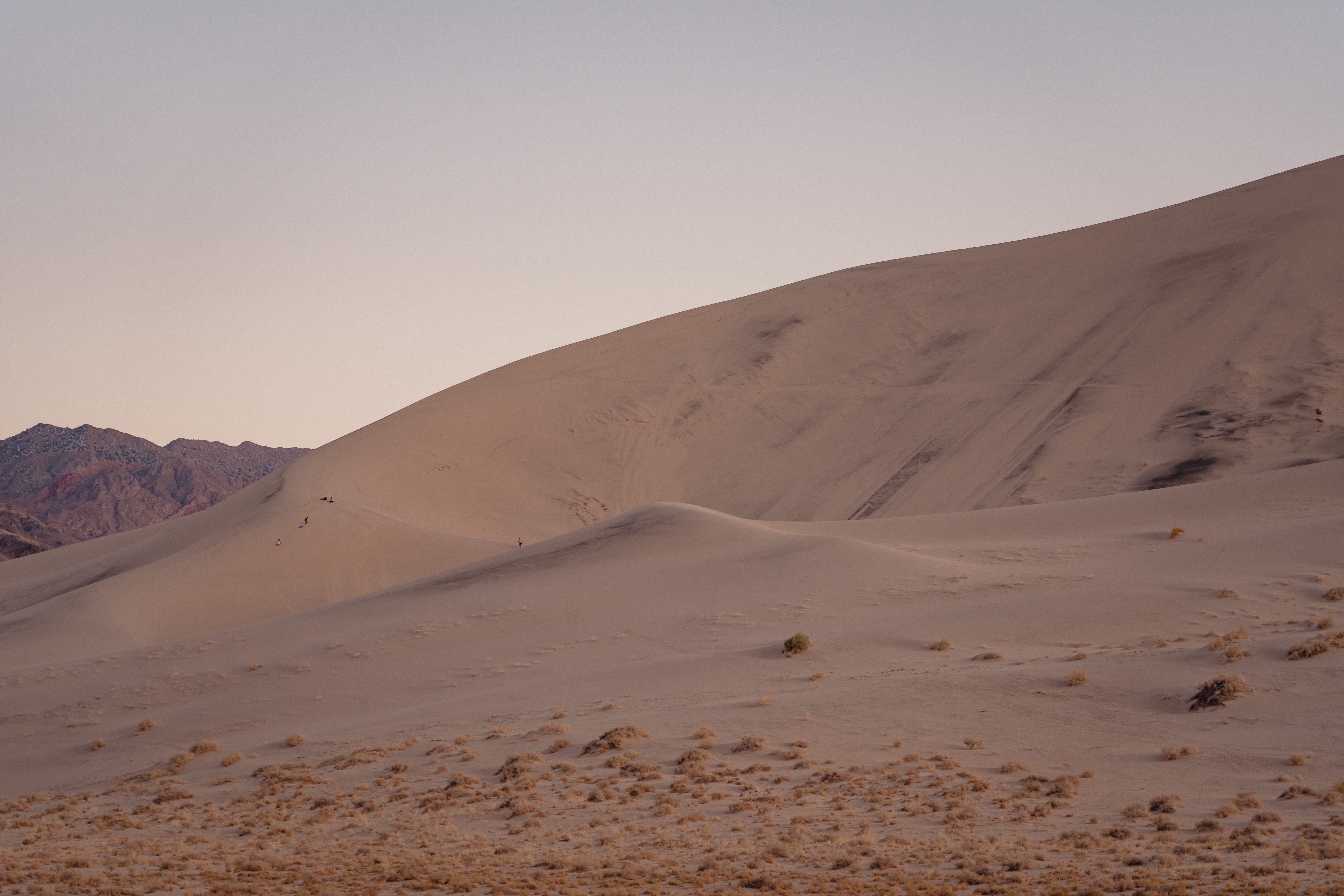 And what are the tallest sand dunes in California and may be considered the tallest in all of North America seemed just a speck in the distance. As we drove closer, the dunes erupted from the ground and were there, looming some almost 700 feet above us. People were walking the many ridges, like ants to our eyes.

We set up camp. A few hours later, our friend Tyler joined us.

And we settled in for the night. 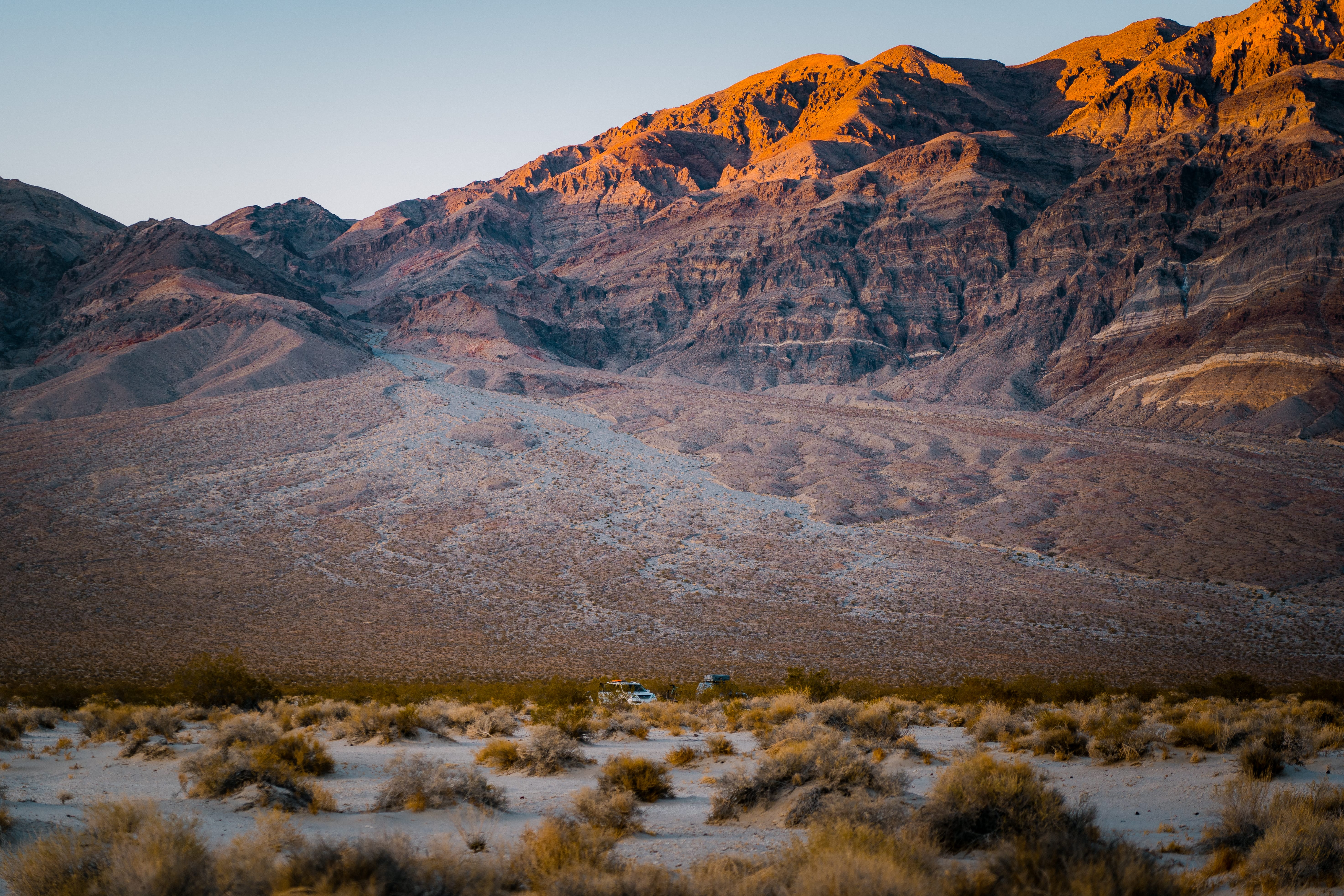 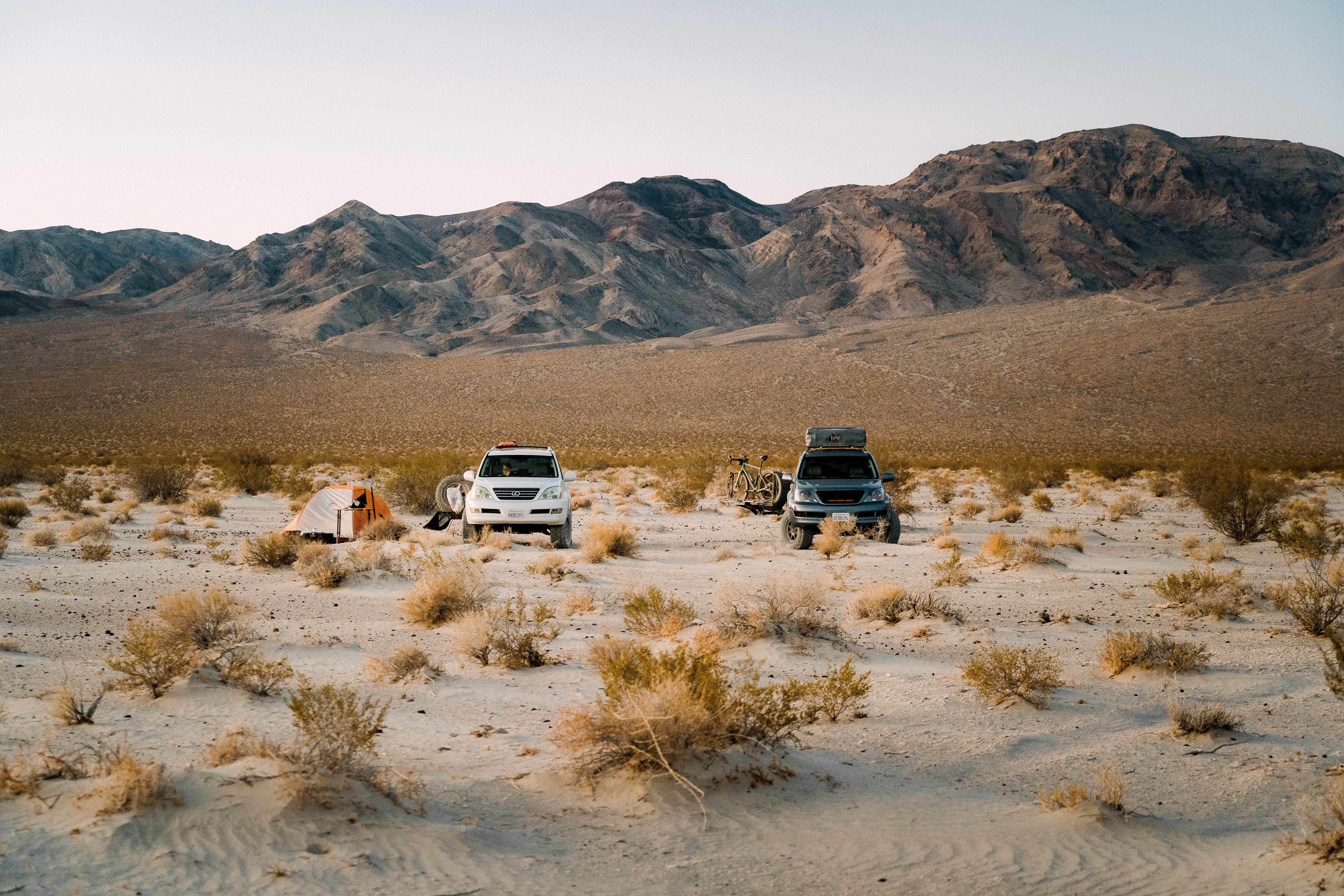 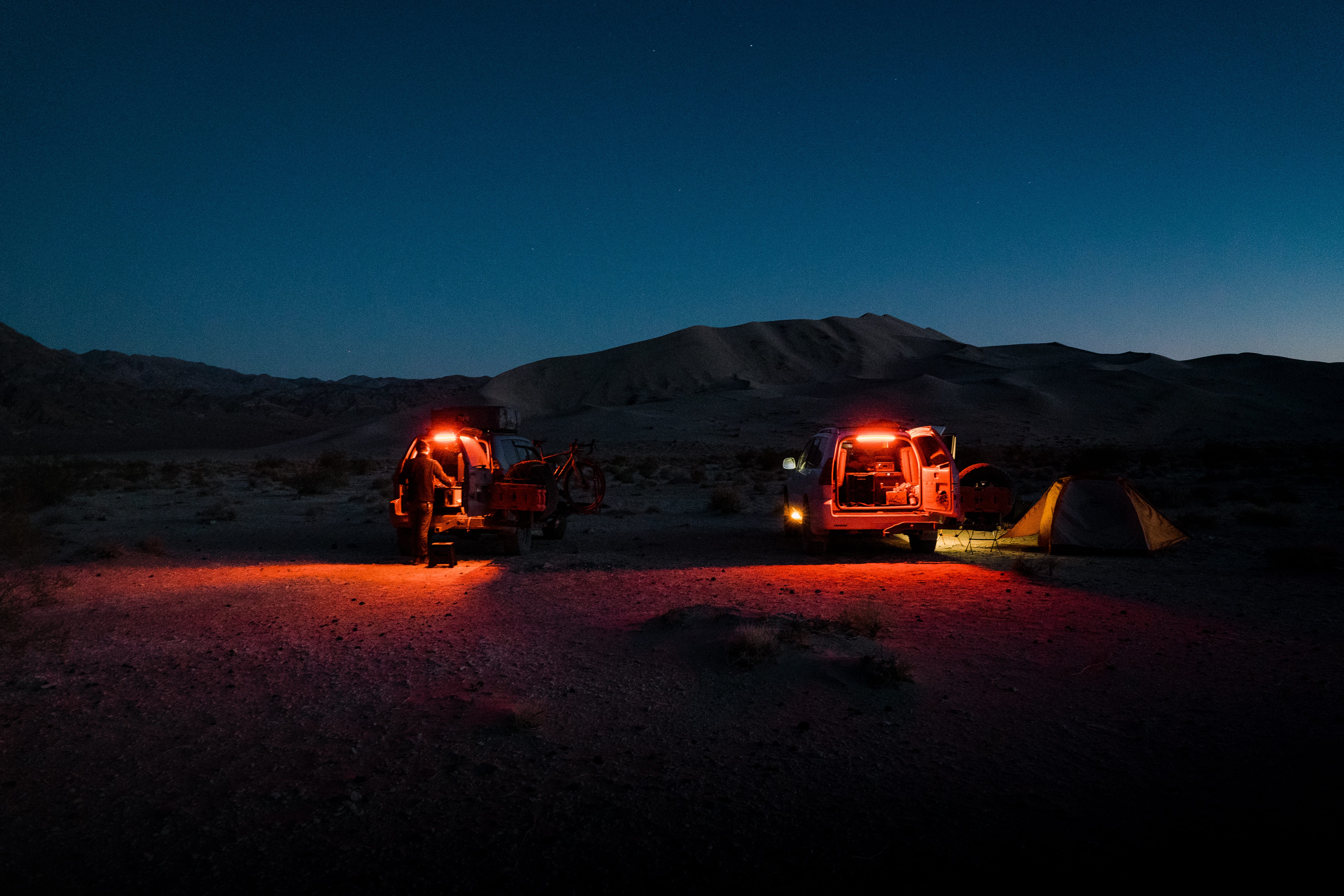 The night calls for us, as we listen softly to female voices singing over a Bluetooth speaker, whisper quiet so as not to disturb our distant neighbors. A quiet gratitude comes over me. 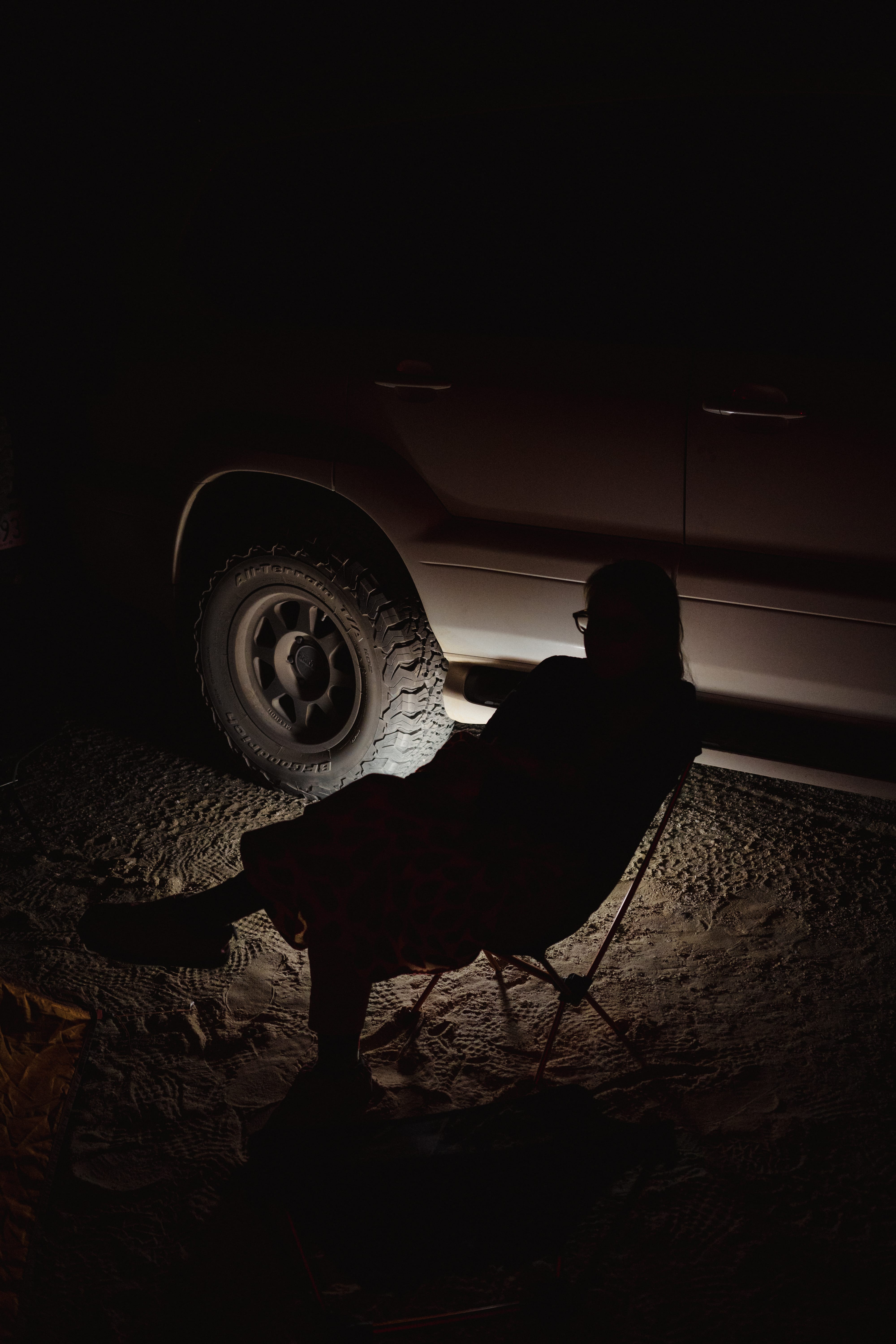