Music That Got Me Through 2020

As time goes on, I've learned something about myself: I'm now that person — that old fogey — that mumbles under their breath about the old days when music was real. That said, there are plenty of good artists (even great artists) making meaningful music today. I just have to search a little harder in an age where everything is delivered on an algorithmic machine learning platter without any real research. Old timey voice: I remember the days when I'd walk to every Tower Records, or HMW, Borders or independent record store and listen to every music station that the staff selected, or asked the record store worker if I could listen to this pile of CDs I had in my hand on their one CD player.

I also learnt that the music I love has been making a return in the form of grunge and emo revivals by musicians in their 20s who've discovered the greatness of loud, guitar-based rock music and have developed a love for 90s music. Before the pandemic, as I ventured out to watch reunion tours from some of the bucket lists bands I never got to see in their and my prime, I looked around and wondered how the young people discovered them? Their parents? Aunts and uncles? On message boards? Or have the algorithms been that good?

Either way, it's become about high quality top-to-bottom complete albums that resonate rather than singles that while designed to be earworms, can only be relegated to an annual songs playlist.

Not all of these came out in 2020. This is the music that I played incessantly or discovered in 2020. My own personally recommended 2020 listening station. So it goes. Enjoy the lovely large album covers. 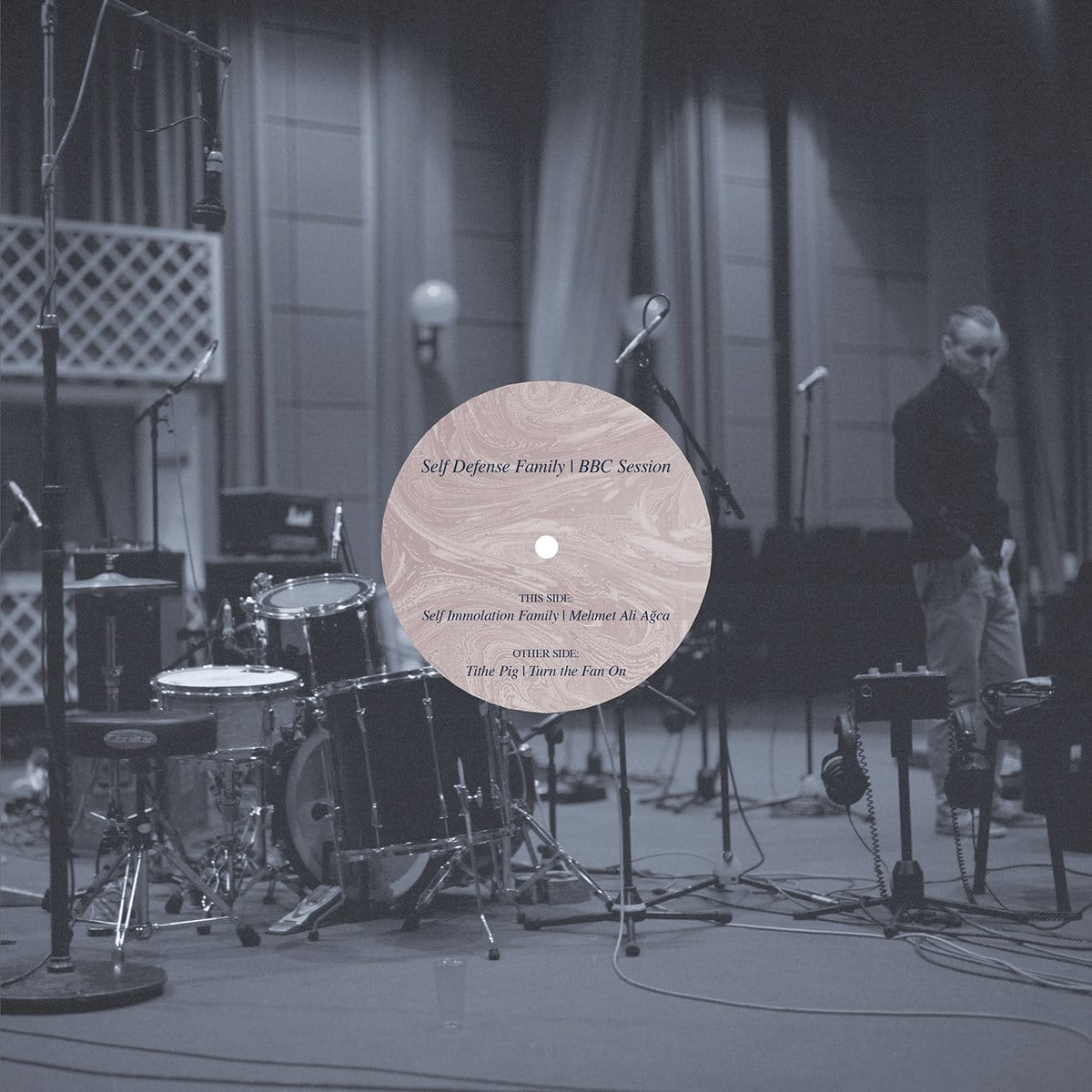 Here's a moment where the algorithm worked for me: I discovered Self-Defense Family from a suggestion in  MUSIC, and I was pleasantly surprised on two levels. First was from what I was hearing, and second, that I hadn't heard of them before. Somehow ringleader Patrick Kindlon and the collective's rotating cast of members (made up of several members of the New York hardcore scene) had eluded me. I realized then that my circle of hardcore and emo had revolved primarily within the Midwest and West Coast nucleuses. It hasn't been a better time to discover the intensity (though not particularly heavy — artsy hardcore?) and dynamic of Self-Defense Family. And whenever an artist gets invited to do a BBC Live Session, it's something to pay attention to. 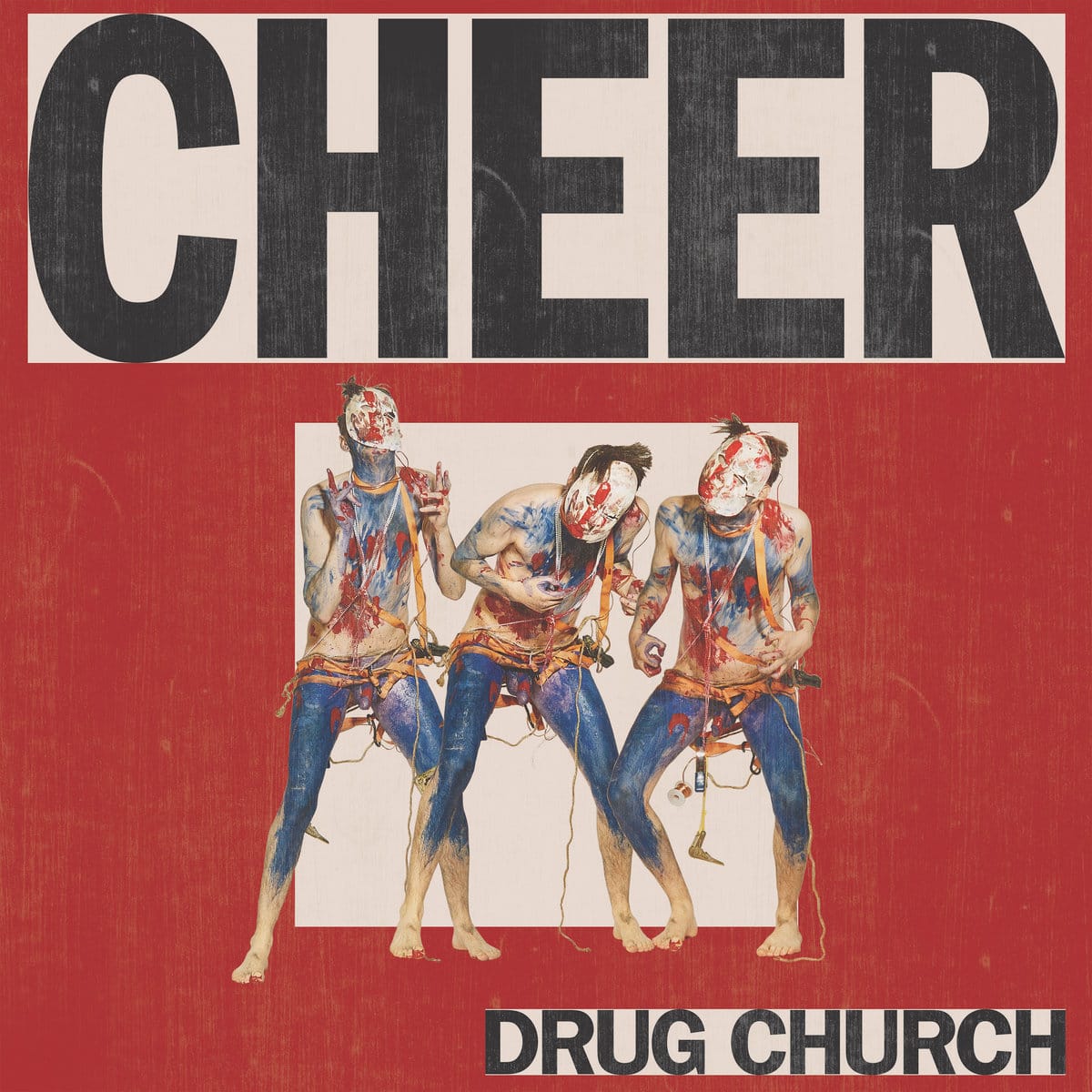 Shortly after discovering Self-Defense Family, I discovered Patrick Kindlon is also in a more popular post-hardcore band, Drug Church. Described as Black Flag meets Weezer, I'd agree. Their tunes are undeniably catchy, offset by Kindlon's more rough n' Rollins delivery. I played this album incessantly on repeat for weeks. The whole album is impeccable and ends as strongly as it starts. The guest vocalist appearance in the second-to-last track, Conflict Minded from Husbandry's (black female vocalist) Carina Zachary really pulls together the dynamic of the band, and cues up closer Tillary that has a ringing-out hook that lingers long after the album's over, right before you repeat it again with mosh-pit inducing opener Grubby. 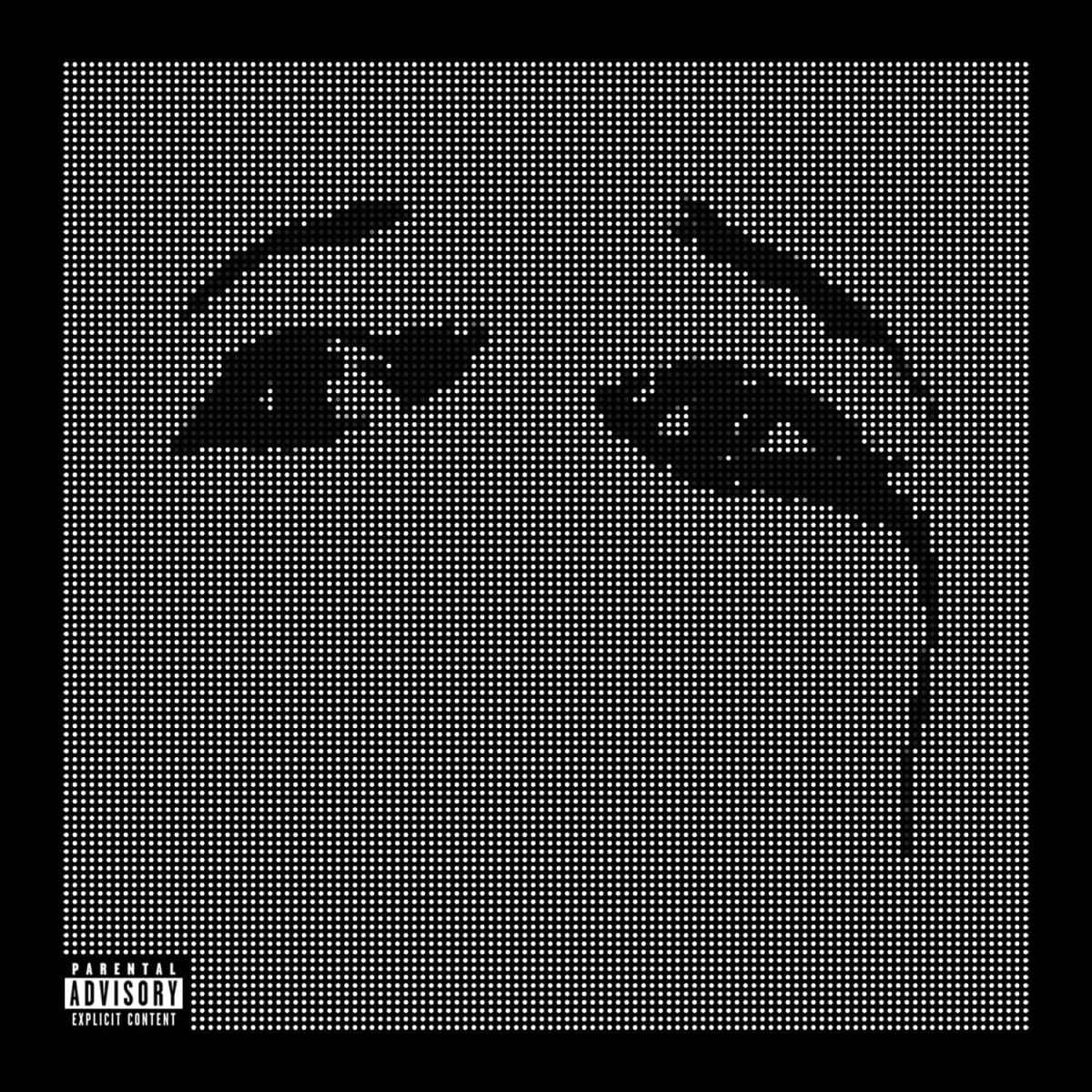 I discovered Deftones as a teenager in Kuala Lumpur Malaysia in 1996. I saw their debut album, Adrenaline, at a Salem Music Station (a chain of record stores branded by Salem, the cigarette maker) on one of the listening stations. With it's innocuous artwork, I was expecting a hip-hop group (their name certainly leans that way), and the opener Bored blew me away. In the 24 years since, I've followed every album and have been a lifelong fan. Never afraid of experimentation and sounding like no one else, it's not surprise that they've had such longevity. Ohms follows in that tradition, after an uneven prior album, Gore, with a dense block of an album that rewards patience to no end, revealing layers upon layers on subsequent listens.

My appreciation for Diplo comes from his involvement in Major Lazer, and in the über hit masterclass Where Are Ü Now, the song that tore up the charts with Justin Bieber, and Skrillex. Little did I know that Diplo would put out an ambient album: a title that does this disservice given the more epic instrumental build journeys that the tracks take you on. It's my kind of ambient — cinematic and catchy in it's repetition. Diplo knows what he's doing, and he doesn't do this alone. Guest vocals from Lunice, Mikky Ekko, Good Times Ahead and Rhye (!) only bring even more texture to this brilliant album. Play it at night on headphones in a dark room, or lying in the grass in a park somewhere with your eyes closed, and be transported. 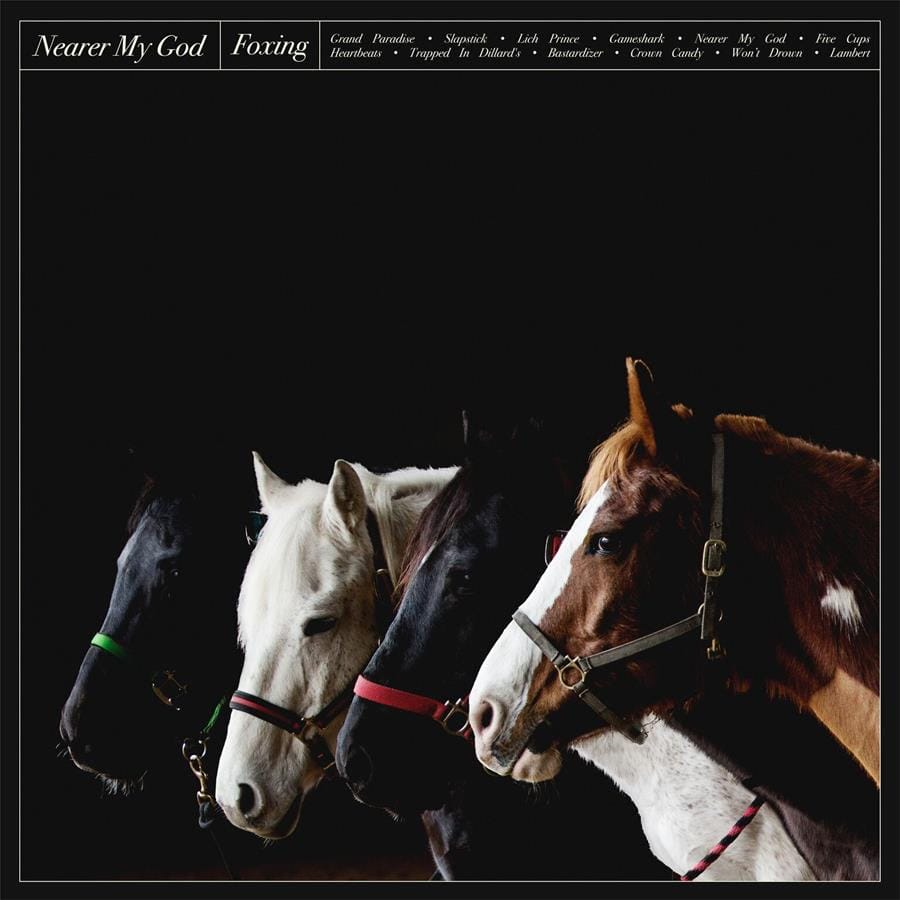 I discovered Foxing (part of the so-called emo revival) near the end of 2018 sometime after this landmark (to me) was released. Whatever their previous two long players led most to believe — a more straightforward emo indie — Nearer My God is so expansive and ambitious in scope, that I often compare this album to when Radiohead released OK Computer. Yes, this album is that good. Each song is surprisingly unique and difficult to categorize. This is when Foxing broke free of their emo revival roots and expanded into a band that's dreaming bigger than the scene they've been a part of. Another album that I've played top-to-bottom and bottom-to-top, there isn't a single dud on this album. In fact, I find the back half to be stronger than the first, but that's saying something negative about the first half. Opener Grand Paradise is an amazing introduction to a band revitalized (the album was produced by Death Cab for Cutie guitarist and producer in his own right, Chris Walla), and closes with one of my all-time favorite songs, Lambert. I haven't encountered a band in a long time where each song and it's lyrics demand investigation and exploration. It's probably been since OK Computer. And this album has held me together in the year since discovery. 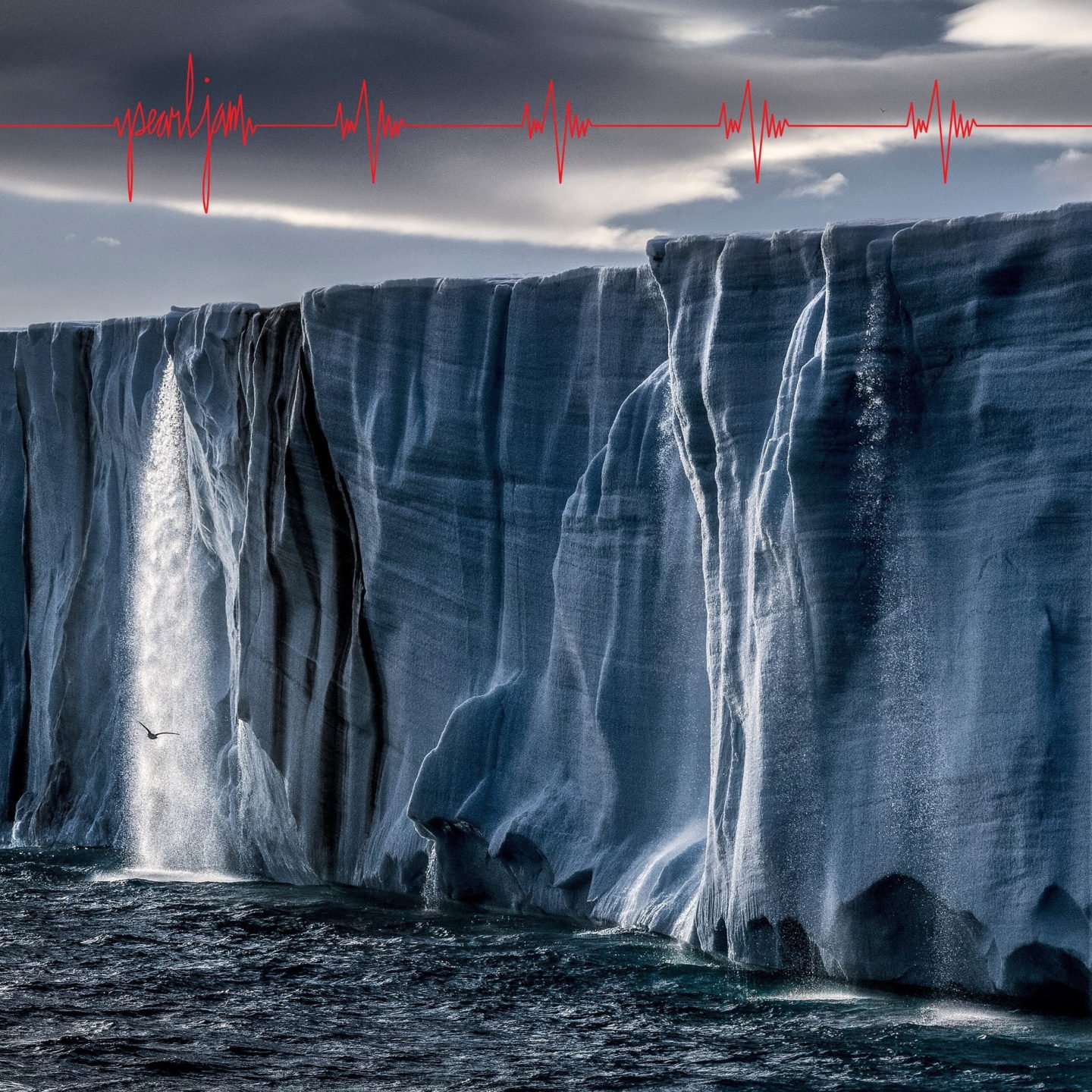 Like Deftones (who are in my top 3 bands), Pearl Jam might very well be number one. That isn't to say that I love every single album they've put out. The back half of their catalog took a while to warm up to over the years. Gigaton on the other hand made itself known with a song — Dance of the Clairvoyants — that blew away the perception of what Pearl Jam could sound like if they allowed some of that funky and Talking Heads-ish vibes shine through (see songs like Dirty Frank, Rats, and their contribution to the Judgment Night Soundtrack with Cypress Hill Real Thing). Fingers were heavily crossed that maybe they'd pull of another Yield (the album that brought me back after No Code — though I now love No Code). It's not as far as that, but the band sounds a little fresher and the almost raw/live but warm production finally allows the band to realize their age a bit more. And any tracks co-written by their drummers (see Go written by dearly missed drummer Dave Abbruzzese) like Take the Long Way by Matt Cameron, who brings a hint of his Soundgarden chops to PJ, is always welcome. A Pearl Jam album is always something I'll look forward to, and cohesively, this is one of their better entries in this later phase of their long career.